What are the potential health dangers of installing engineered stone benchtops in Gold Coast homes? Is natural stone a better choice for my family’s wellbeing? What about the radiation levels in natural granite?

These are some of the important questions posed by our clients as media attention spotlights the tragic plight of a growing number of tradies who have developed silicosis from inhaling silica dust when working with engineered stone. Understandably, a shadow of doubt now hangs over the mind of consumers as to the safety of some common manufactured stone products such as Quantum Quartz, Caesarstone, Essastone, Silestone, Trendstone & Smartstone. In this article we’ll look at what’s fact and what’s fearmongering when it comes to stone surfaces.

Q. What is silicosis?

Silicosis is a lung disease caused by inhalation of fine particles of silica dust. Silica is present in many natural materials such as sand, granite and marble, as well as manufactured products such as glass, bricks and cement. Silicosis is irreversible, worsening over time to the point where a lung transplant may be necessary, and sometimes resulting in death. Typically silicosis was seen in mining industry workers who were exposed to silica dust particles for decades, however in the last few years there have been alarming reports of numerous people working with man-made stone slabs who have been affected by the illness in a relatively short space of time. This has resulted in the Queensland government banning certain unsafe work practices among engineered stone manufacturers including dry cutting and grinding which produce huge clouds of silica dust.

Yes. Silicosis results from ongoing occupational exposure to large amounts of silica dust. The disease is entirely preventable, and any potential risks to either benchtop owners or stonemasons are contained by preparing slabs in the factory using appropriate safety procedures and equipment. Installation of an engineered stone benchtop may require some additional trimming in the home that could result in small amounts of dust being generated on-site. Our stonemasons are health and safety certified and have invested heavily in special protective measures such as water-cutting equipment to reduce the spread of dust in your home. Any minimal exposure is unlikely to pose a risk for you and your family, and the finished product is completely safe according to regulatory standards. It is important to understand though that for safe installation, repair or removal of manufactured stone benchtops Gold Coast renovators must call on a professional rather than attempting to DIY.

When deciding between man-made or natural stone benchtops Gold Coast homeowners have a number of pros and cons to consider on both sides. Natural stone finishes such as granite and marble have been popular choices in the kitchen over the centuries thanks to their durability. There is also the added appeal of each slab having its own uniquely natural beauty and individual character. Although, like quartz, marble and granite do contain crystalline silica, it is present in considerably lower levels than in engineered stone. On the negative side, natural stone countertops are porous so they can be stained, and they may also contain small fractures. In addition, there have been health concerns raised about radon levels in granite benchtops – but let’s examine this in more detail later.
Artificial stone benchtops are made by combining quartz with resins, pigments and polymers. They are non-porous which makes them an ideal choice of stone benchtop for Gold Coast families who want a stain-resistant, easy-to-clean, hygienic or kosher surface in their kitchen. They are a more inexpensive option than natural stone, at roughly half the price, and being free from naturally-occurring fractures makes them durable and hard-wearing. They do not emit radon.
Both man-made and natural stone surfaces are great options in the kitchen. Finding the best choice for you will be a personal decision based on your budget and lifestyle factors.

Q. But I’ve heard that granite countertops can emit harmful radon gas. Is that right?

Yes…and no. The granite in benchtops, like all granite, does contain trace amounts of radium which decays into a radioactive gas called radon. This invisible, odourless gas escapes unseen into the air where unsuspecting family members breathe it in. Exposure to radon over long periods of time has been linked to lung cancer. Sounds a bit shocking to think of being exposed to radiation here in the balmy holiday capital of the Gold Coast via a stone benchtop in your own kitchen doesn’t it? But before pushing the panic button, it’s important to realise that everybody on the planet is exposed to naturally occurring radioactive material (NORM) every day. NORM is found in very low levels in soils, plants, water, air, rocks and all animal tissues – basically, it’s everywhere all the time.

Radon gas can be found in all indoor and outdoor air. The Australian Radiation Protection And Nuclear Safety Agency (ARPANSA) conducted a national survey of the radon levels in thousands of Aussie homes and found that the average home has an indoor radon concentration of only 10 Bqm3 – a mere quarter of the global average. To put your mind further at ease regarding the safety of natural stone benchtops in Gold Coast homes, here on the Coast the ARPANSA map shows our average radon levels are even lower, coming in at around 5-6 Bqm3. Research shows minimal risk from incorporating granite countertops into the home, particularly if your home is above-ground and well-ventilated. ARPANSA advises that radiation from granite benchtops and tiles is not a concern and recommends acting to reduce radon levels only when they exceed 200 Bqm3. To put things in perspective, your health would more likely be at risk from exposure to cosmic radiation via air travel or even from the ionising radiation found in eating Brazil nuts.

In short, when opting for the durability and good looks of either a manufactured or natural stone benchtop Gold Coast families have nothing to fear. Give us a call today to see how a beautiful new countertop could add some fresh va-va-voom to your kitchen! 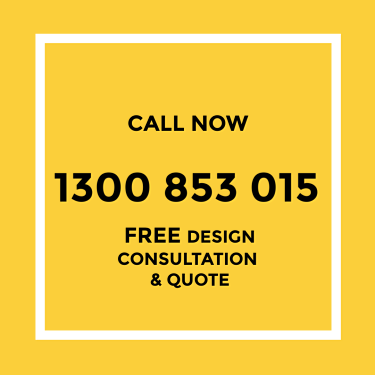 "Thank you for such a wonderful job. Your meticulous attention to detail and the care you approach your work with is a fresh breath of air in today’s world of fast paced, rushed workmanship. Your quality of work is outstanding and it’s made a major difference to our kitchen and bathrooms. I would highly recommend your work to anyone who wishes to have a facelift in their kitchen or bathroom without hesitation." Eddy G., Pacific Pines

"From the moment you connect with Rod, you feel confident that you have phoned the right man for the job. Nothing is too much trouble for him. He takes the time for complete communication, so you’re both on the same page. He is neat and tidy. He cleans up after each day’s work. Thanks Rod."